Compassion and prayers, but PLEASE SHOW UP

The Palos Verdes Estates City Council meets Tuesday night, 11/8, at 5:30 PM. They have moved their regular meeting time back from 7:30 in order to wrap things up so they can be home to watch the live election results.

With your help that’s not going to happen. Yesterday another cyclist was horrifically injured when struck by a car on PV Drive near (where else?) Trump National Golf Club.

Although it would be gosh-darn fun for the city council to wrap up its business, adjourn, and get home to the couch and the wide screen, we’re going to insist instead that they do their job. In this case, that will mean dealing with those of us who have gone from slow burn to outraged regarding the council’s refusal to install Bikes May Use Full Lane signage, overriding their previous 5-0 approval of the signage, and overriding the recommendations of their traffic engineer, an outside consultant, and their own Traffic Safety Committee.

Please attend this meeting. There will also be a 4:00 PM peaceful protest at Malaga Cove Plaza. Signs have been prepared to hold up for passing motorists, and some people will be riding bikes as well. The collision yesterday, which involved a Torrance resident who has in the past advocated for BMUFL signage, must not be ignored, and the council must be held responsible for its complete failure to protect cyclists.

After the protest, at 5:30 PM we will convene at the city council chambers located at 340 Palos Verdes Drive West, Suite C, Palos Verdes Estates, CA 90274. At the meeting we will again demand that the city council place the BMUFL signage on its agenda and immediately vote at its next regularly scheduled meeting to install the signs.

The meeting will last until very late and there will be free pizza, snacks, and drinks. If you get off work late, don’t worry, there will be plenty of time to still show up and have your voice heard. Since the council shot down BMUFL signage, there has been a hit-and-run, a case of road rage against an entire peloton, a bicyclist hit by a drunk driver on Crest, a young rider jerked off his bike and punched in the face, and now a horrific injury that occurred on one of the busiest and most popular cycling routes on the Peninsula.

This isn’t the time for platitudes, offerings of compassion, prayer, or positive thoughts, although those things are appreciated. This is the time to put aside whatever you had planned and voice your outrage.

Democracy only happens when people show up. 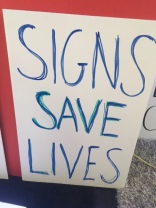 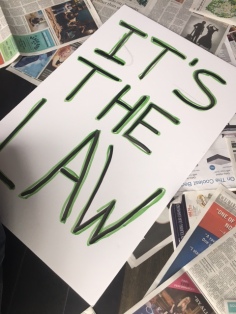 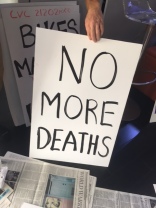 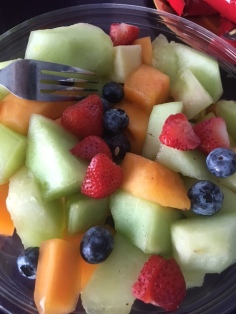 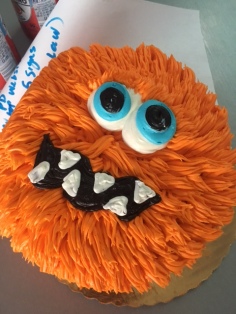 I’ve set up a store on Shopify where you can buy South Bay Cycling items, the purchase of which will help pay for food/drinks/snacks at the Nov. 8 PVE City Council protest and pizza party, as well as for advocacy to fight the evil of people like the Unnos, Cynthia Bianchi, Shannon Zaragoza, Frank Ponce, and the Lunada Bay Boys on Mom’s Couch who zealously oppose bicycle signage.

And for $2.99 per month you can subscribe to this blog and support people who support cycling, on and off the bike. Click here and select the “subscribe” link in the upper right-hand corner. Thank you!

§ 23 Responses to Compassion and prayers, but PLEASE SHOW UP

You are currently reading Compassion and prayers, but PLEASE SHOW UP at Cycling in the South Bay.