Everybody knows about sushi but my favorite Japanese food is J-toast. It’s hard to describe perfection but I will try. J-toast is made from big thick slices of white bread that are too thick for sandwiches and too soft to eat plain with butter.

When toasted they form a perfectly sized piece of crack that absorbs butter slabs without getting soggy and allows you to mount thick layers of jam without getting more than a couple of heart palpitations.

Every morning Honorable Mother-in-Law gets up at four and has hot coffee waiting for me when I awake, which is immediately followed by two pieces of J-toast.

In addition to its amazing taste and medicinal properties, J-toast is the perfect fuel for mama-chari bike adventures, filled as it is with empty calories and butter, and pre-amped in coffee.

I rolled out the mama-chari, which is an abbreviation of “mama” and “charinko.” Charinko means “crappy old bike” and is the preferred means of transport for anyone over 80, which is most of Japan nowadays.

The mama-chari has a number of performance characteristics common across all makes, models, and prices. First, it is real fucking heavy. You may want to know how heavy but let’s just say Strava Jr. doesn’t even have any kids who weigh this much. The weight protects the mama-chari in a collision by allowing it to absorb the impact of, say, a cement mixer, and continue unharmed.

Mama-chari’s key function is carrying Obachan and shit, fully laden, so it has tiny 150mm cranks that allow it to get started from a dead stop by applying granny leg power, which, although considerable, needs all the help it can get. Mama-chari backs up the mini-cranks with a mini-drivetrain consisting of a single gear that measures 12 gear-inches. At first this seems a tad under-geared but when you hit a big climb, say anything greater than 1%, you immediately appreciate the physics, any physics at all, that will help you move 300 pounds of steel against the chains of gravity.

And speaking of chains, the mama-chari’s chain is ensconced in a complete covering, and the wheels are protected with massive fenders so ensure zero spatter anywhere. This is because obachan is certainly running multiple errands from the cleaners to the green grocer to the butcher to the relatives’ across town to drop off some tea and pick up some gossip to the funeral hall to pay respects to a young hale fellow of 97 who dropped dead in his prime to the hospital to say hello to Uncle Hideki who is getting a stent to the doctor’s office to get a mole checked out so, in other words, Obachan can’t get any mud or dirt or rain on her which is a real risk as she’s often doing this in a typhoon, snow storm, or riding through four feet of spring-melt mud slush.

Mama-chari comes fully equipped with a massive rear rack sturdy enough for mounting a kiddy seat for triplets or for carrying a granite headstone. On the handlebars, which are upright to improve Obachan’s posture and stability, there is a giant yellow bell, activated with the slightest flick of the wrist which will alert all pedestrians for the next couple of miles and scare all the pigeons and crows off the utility poles.

Since the mama-chari is so heavy, if it ever tipped over it would create a two-foot divot in the asphalt, so rather than a side kickstand it has a rear-wheel kickstand with a lock so that it can’t roll backwards and slide down the hill, killing thousands and losing the bread that Obachan pedaled twelve miles across town to save fifteen cents on.

But the crowning performance detail is the mama-chari basket. Forget the cute wicker thingy that fashion-conscious boys and girls attach in Santa Monica for $99. This beast is a solid steel cage that, when properly loaded with seasonal ham gift boxes, wool panties  bought on sale at Tobu Department Store, three pairs of toilet slippers, a bag of mandarin oranges, and 30 kg of ready-crete to build out the rear deck, perfectly balances the uncut logs and 50-gallon planters that are strapped to the rear rack.

My morning goals were simpler than all that. I was going to ride out to the Utsunomiya race course that the UCI world road race championships were held on in 1990, and that my buddy Rick Kent and I rode when he came out to visit in 1999. Then I was going to do the epic climb and maybe shell a couple of unlucky locals.

I had forgotten the way to San Jose and after an hour of pedaling the mama-chari through narrow roads and rice fields I was lost, and more importantly I was exhausted from spinning the tiny cranks, the tiny gear, and the heavy bike uphill. Did I mention that the average obachan in Japan isn’t six feet tall? Because even with the saddle raised to its max my knees hit my chin. Bike Effect would probably not have approved of the fit.

My goal had been to find the race course, do the epic climb on my mama-chari, and still get home in time to leave for the family outing to Mashiko, the nearby pottery village, at eleven. I gave up, but not before running into an old friend out in the rice fields who I hadn’t seen in twenty years and who took a few seconds to realize he wasn’t seeing a ghost.

We chatted and caught up and I rode home just in time to un-thaw, bundle into the car, and head off for a day of food and reminiscences with Honorable Father-in-Law, Honorable Mother-in-Law, and Mrs. WM. 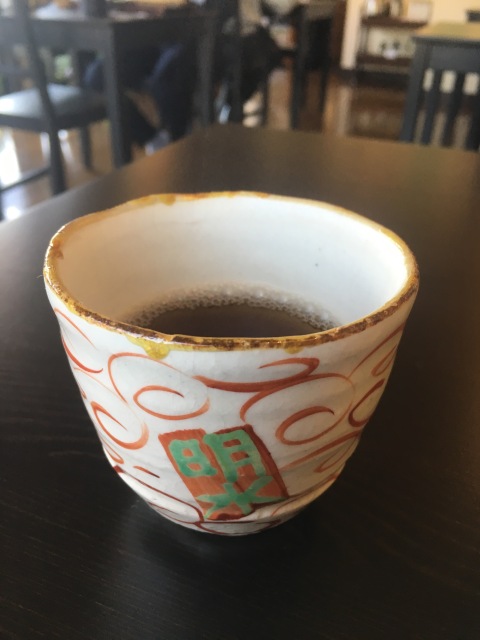 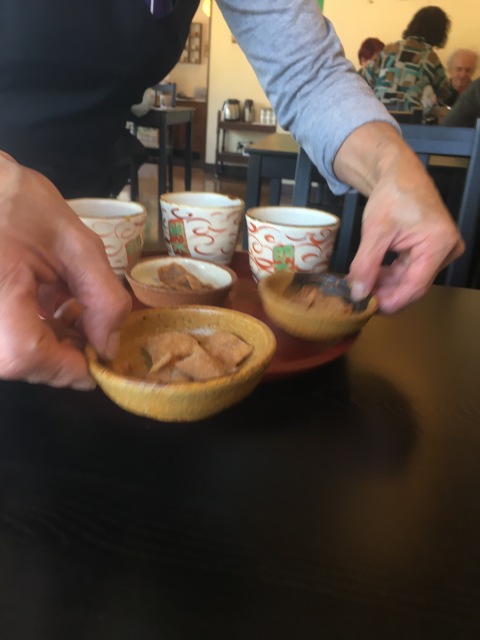 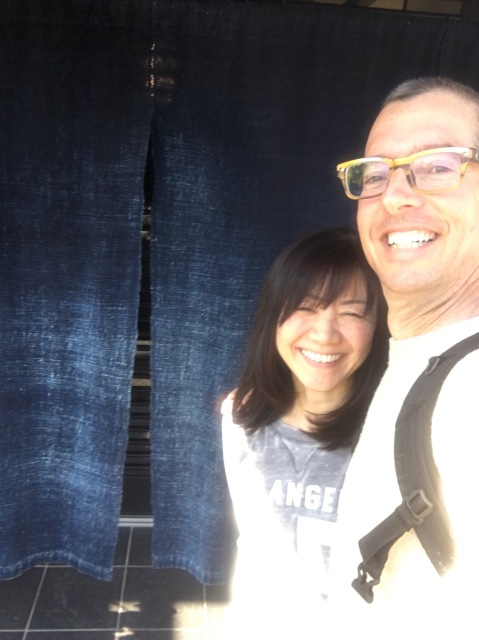 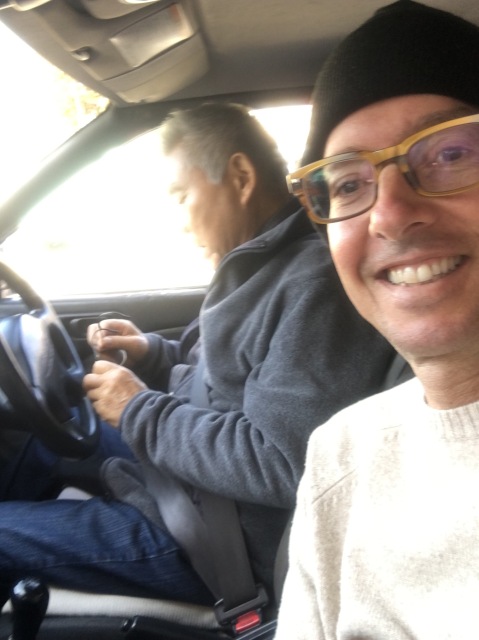 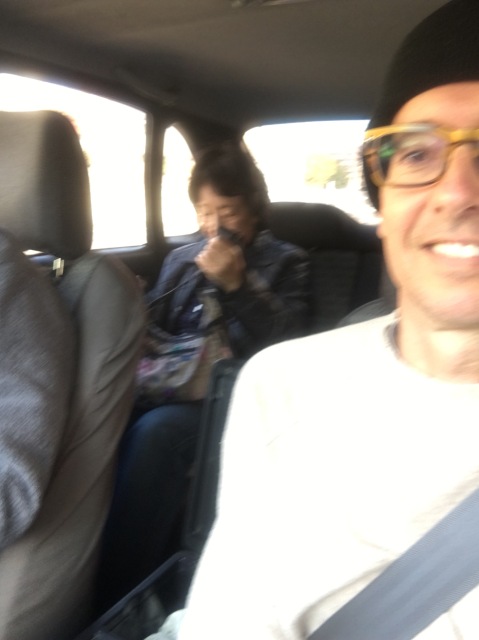 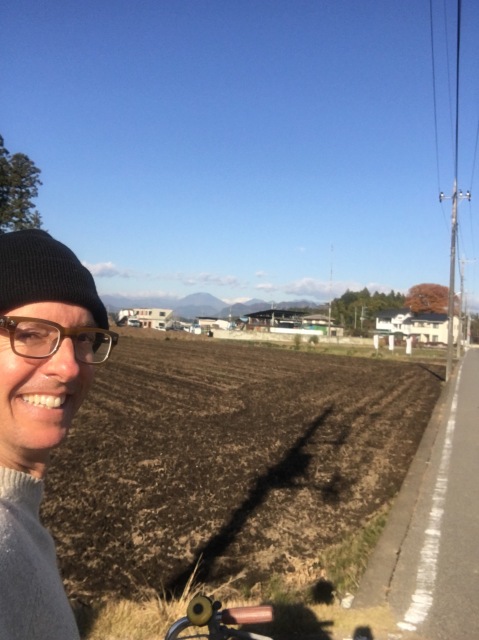 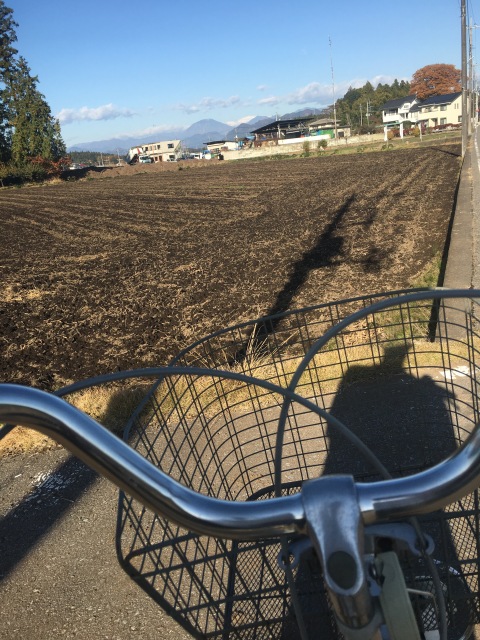 You are currently reading J-toast at Cycling in the South Bay.