A star is born!

Nothing very interesting ever gets into my inbox. But somehow, against all odds & filters, THIS DID!

For starters, if you read this love grenade and didn’t laugh there is something wrong with you. Not wrong as in “you had a bad day” but wrong as in “you are an incurably pompous jackass and probably a smelly, molded over asshole as well.”

The greatest bicycle kit controversy ever

No sooner had this awesome seal letter hit the Internet than its author, the infamous SB Baby Seal, began receiving calls to his cell and text messages galore from the Big Orange board. He did what anyone with a brain does when such notifications arrive, that is, he ignored them and kept working.

That’s when the pressure ratcheted and the phone calls began arriving at his place of employment, and, well he had to take them.

There was actually a living, breathing, sentient human being who thought that you could make fun of this: 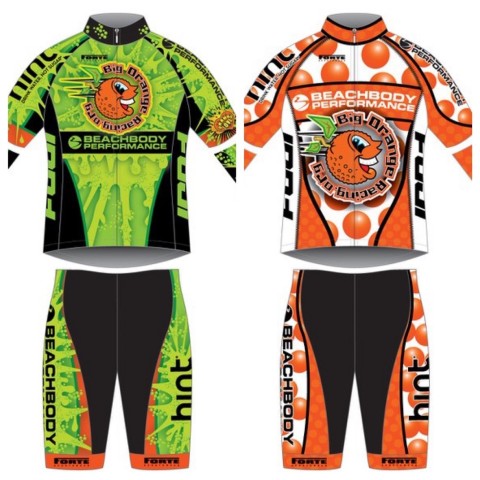 Yeah. Because these designs are so, uh, serious?

And by the way, these kits weren’t created by a person. They were created by a committee over several MONTHS. If it never occurred to anyone that these were the goofiest fucking things ever to curse the eyes of man, then shame on you twice: Once for not knowing, and twice for proceeding anyway.

The great Facebag betrayal of 2019

With regard to the “betrayal” of the “confidence” of those on Facegag who had an “expectation of privacy” that their “private comments wouldn’t be shared,” I offer you the following legal analysis: Bwaaaaaahaaaaaahaaaaaaa!

You really think anything on the ‘Net in general, and the ‘Bag in particular is private? Did you not read the 42-page EULA that goes along with your Facebook registration? Do you know what the “share” button does? Is this the first time you have ever taken the Internet out for a drive without Dad in the passenger seat? Can I sum FB’s policy up for you?

We can freely monetize and use everything you write or post, including all private data you don’t even know that you are submitting to us.

You are a complete fucking moron if you think Facebook is a private forum. Yep, you.

So to recap, the kits are garishly, over-the-top ridonculous, and no, yimmer-yammer yip-yap on Facebag isn’t attorney work product that’s protected by the attorney-client privilege. WHO KNEW???

All hail the First Amendment

Baby Seal’s newsletter achieved its aim. It pissed off people who think their opinions are beyond criticism. It made people laugh. It garnered a couple of new members for our team, Big Orange, who predictably liked the kit and proved the adage “There is no bad press (although there is unquestionably bad taste).”

And of course it drove a few sales for the Bike Palace. How do I know this? Because immediately after reading it I drove down and bought an inner tube and a Bike Palace t-shirt. You can have my First Amendment when you pry my dead, sweat-soaked Bike Palace t-shirt off my back.

Like the shrunken pricks who send me outraged cancellation emails saying “You made fun of my favorite children’s charity even though it is actually a scam that harms sick children!” or “You don’t wear a helmet which makes you a child molester!” the people who got skewered by Baby Seal deserved it.

Take a deep breath and be thankful that there are still people out there who aren’t afraid to poke fun at the smelly turd you piled onto your plate and tried to tell everyone was actually a filet, and don’t forget to shop Bike Palace or to join my club Big Orange, which despite the occasional stick wedged up its butt, is still a pretty awesome club.

The New Year is almost here so now is the time to focus on resolutions you will keep for three days before reverting to your normal slug-like self and bad behaviors.

Let’s start with dieting because if you race bikes, let’s face it, you’re too fat. The rest of the population considers you slim and fit and wishes they could fit into your jeans — with or without you still in them — but since El Dopalero has to shed that final, magical 2kg before the Tour (he already weighs 27kg after the Dauphine and his cheekbones are poking through his skin), then you must slim down, too. So let’s get skinnyful.

Research now suggests that eating at home is the best way to lose weight. Eating at home engenders better food choices. For example, when you are standing in line at Five Guys Burgers and Lard after finishing a 150-mile beatdown, it is likely that you will gaze at the menu and select “All.” This is an unhealthy food choice. However, if you are at home staring at an empty cupboard, a bare refrigerator, and nothing edible besides a 4-lb. bag of Cheez-Its and a 12-pack of Klondike bars, you will fill up a tall glass of cool water, sip it slowly, and wait for the hunger to subside. Or, you will inhale the Cheez-Its and the Klondikes, then get a massive stomachache and gain three pounds.

Eating at home is healthier because researchers have found that after monitoring the emotions, consumption environments, and food choices of 160 non-obese participants for 10 days, happiness linked to a cozy, homey setting resulted in wiser dietary choices that in turn reinforced feelings of joy at home. In restaurants, the participants’ hardwired preference for high-fat, sugary food tended to win, most likely because the emotional signals needed to suppress this urge weren’t triggered or were simply ignored.

This of course assumes that your home is cozy and homey, and that family dinner is something other and a screaming, yelling, sobbing, shriekfest. I still remember that family dinners as a child were the place I learned the coolest words, like the time my dad roared out “That cocksucker!” while I was serving up some green peas.

The green peas were very healthy, but when mom turned pale and screamed “Chandler!” my brother and I looked at each other in glee, knowing that any profanity vile enough to cause mom’s face to turn white was a keeper, plus in the ensuing mayhem and recriminations I was able to dump the peas under the table where they were eaten by the dog. All that family fighting and cussing and leafy vegetables being dumped on the floor meant that our dog Fletcher was indeed making healthy food choices by dining at home; he lived to be twenty-one.

Eating at home helps you lose weight simply because it takes so much time. Mrs. WM spends 4 – 6 hours a day in the kitchen boiling things, chopping things, lifting heavy iron skillets, lugging 50-lb. bags of rice, traipsing up and down the stairs to bring crap in from the car, and lugging overloaded plates to the table. It’s like a home gym workout where at the end you get to eat the workout. In addition to the calories burned, when you’re chained to a hot stove all day it means you’re not parked at Sckubrats gnawing 1,000-kcal sugar bombs and washing them down with 900-kcal holiday drinks. So, as Knoll would say, there’s that.

But perhaps the biggest diet benefit from home eating comes from caloric differentials. Restaurant food tends to be massively caloric which means that upon finishing you are guaranteed to double over in a food coma. At home, however, with the exception of that cartload of Costco frozen pizzas and that pallet of craft beer, food prepared in your own kitchen follows the “Fuck that!” principle.

The FTP is what happens when you’re grocery shopping. You have a list. You are standing in the aisle. You are looking at ketchup. The famous brand costs $2.99. The house brand costs $2.69. “$2.99?” you say in outrage. “Fuck that!” Then you grab the cheap-o brand. This is repeated down your entire shopping list except for the Cheez-Its. In other words, when you’re in a restaurant you gladly fork over $13.95 for a soggy pair of enchiladas heaped with grease, oil, lard, fat, and cheese. But at Billy Mugwumps Super Discount and Cheap-O Grocery Palace, your total food bill for the week is just over twelve bucks because you’ve bought the house brand, the week-old bread, and the tin cans without labels they’re auctioning off for ten cents each. So what if you just got ten cans of sour pickled chestnuts packed in vermin hair? They’ll taste great with the Cheez-Its. Maybe.

In other words, the FTP causes you to buy cheap stuff (saving money) that is healthy (chestnuts > triple bacon burger with extra lardsauce), to enjoy while screaming at your kids.

For $2.99 per month you can subscribe to this blog, and lose weight, too. Click here and select the “subscribe” link in the upper right-hand corner. Thank you!

You are currently browsing entries tagged with sbbaby seal at Cycling in the South Bay.