I am just as aware as the next racer of the rapidity with which things can go sideways in a bike race, and most of the time it doesn’t get to me. The race is the risk, the risk is the race.

So when I drove out to the Tour de Murrieta on Saturday in a lightly pelting rain, of course it didn’t simply cross my mind, but rather it parked there, the knowledge that wet races add a dimension of risk, a dimension of danger, a dimension of some other idiot sliding out and knocking me off my bike, a dimension of me picking a bad line and eating a tree trunk “and etcetera,” as Billy Stone would say.

We got there fresh on the heels of Bad Mom Day. You’ve had those occasionally, I bet. I’ve had them since I was born. Bad Mom Day usually begins with some unasked-for meeting or visit or encounter, full of smiles and happiness and maternal love, but within a few hours it degenerates into mean, nasty, brutish brawling, with the offended mother harumphing back to her Texas lair to brew up a new strategem for sewing discord, discontent, and emotional dsytrophy.

Word on the street

We pulled up and parked. I got out in the rain and walked over to registration. On the way I saw Racer X, sopping wet, dismantling his bike and shoving it into the car. He was wearing bitchy pissedoff meanface. “How’d it go?” I asked.

“You okay?” I asked, belatedly realizing that no bike racer is “okay” when he has a trashed full carbon frame that is all carbon and made of 100% carbon.

A bit farther I ran into Daili Shang, the effervescent, full-gas Cat 4 woman who has had some great results in her first racing season. “How’d it go?” I asked.

She answered with a hug and a big smile. “Great except for my crash.”

“Yes, but my shoulder really hurts. I’m going to get it x-rayed.”

She smiled and offered me a cup of coffee from the La Grange PX. I took it and ambled on. Next I ran into Chris DiMarchi, Phil Tinstman, and Superdave Koesel, who had finished racing a few minutes ago. These guys would have a hardened, steeljawed look at a baby shower; coming out of a rain-soaked, high-speed, shit-spewing crit they looked like cavemen ruminating on the skulls they just beat in with a club.

They looked at me for a minute, mulling over the dumb question before answering. “Well,” said Chris, “80 psi. Tell everyone in your race 80 psi.”

“For sure. Guys running 100, 110, were bouncing all over the place, sliding on their asses like drunk ice skaters.”

“I went with five to go,” Chris added. “They came by me solo on the last lap.”

“Any tips for the course?” I asked.

“Yeah,” Phil said. “On the corner where there’s the alternating brick and asphalt, make sure you stay on the little patch of brick and don’t roll over the asphalt or you’ll get introduced to Mr. Curb. And there’s a nasty grate you want to avoid.”

“Guys’ rear wheels were catching all kinds of air when they hit it,” Chris helpfully added, coloring in the picture of danger and mayhem that I’d already sketched out in full.

“Did you have any problems?” I asked Phil.

The quota for stupid questions had been reached. “I picked good lines,” was Phil’s response.

The more you know the less you go

About this time the women’s P/1/2/3 race was wrapping up, with Esther Walker twenty-five seconds up on the field, flying through the turns. The pack charged hard for the line with Shelby Reynolds easily taking the field sprint. None of the women seemed the least bit perturbed by the rain; just another day at the office, pal.

We drove over to the Sckubrats where I had a coffee and a #fakechicken sandwich. An hour later we returned to the course. It was still raining but now the P/1/2 men’s race was going off. I watched it for a few minutes. Single fucking file. Full fucking tilt through the turns. People hanging on for dear life. A bunch of riders already down, or out, or IDGAF and homeward bound.

Suddenly I felt afraid. Not concerned or mildly worried. Afraid.

I got back in the car. “What’s wrong?” Yasuko asked.

Have you ever considered subscribing to this blog but decided not to because you can also read it for free, because it’s crappy, because of that one time I insulted your pet political issue/honorable order of policefiremenveteransdogcatchers, because I curse too much, or because I was mean that other time to that person who your sister’s brother was friends with? Well, with the exception those whose objection is crappy content (and who are therefore not reading this, I’m asking you to consider kicking in $2.99 per month to subscribe to this blog and support. Dad, this includes you. Just because we’re related doesn’t mean you should be a deadbeat. Click here and select the “subscribe” link in the upper right-hand corner. Thank you!

This Saturday and Sunday … the Tour de Murrieta! Great racing on two great courses. Break out the race machine and the race outfit and race yer fuggin’ bike!!! 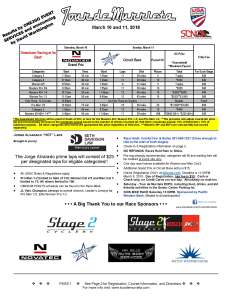 You are currently browsing entries tagged with tour de murrieta 2018 at Cycling in the South Bay.